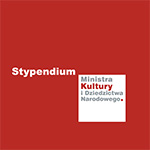 It was June 1910. They got on the train at the Ivangorod Railway Station in Dąbrowa. The wagons intended for them were freight, IV class, adapted to transport people with belongings. They took whatever they had with them; not only personal items and food for the travel, but also clothing, bedding, clocks, prayer books, religious paintings and figurines, household appliances, agricultural tools, saws, plows, wagons, seeds, cereal grains, potatoes and livestock like horses and cows. They were workers from around Czeladz and Sosnowiec. After 16-17 days of travel, they got off at the station in Czeremchów in eastern Siberia, 120 km from Irkutsk.

Siberia in the history of the Polish Nation wrote in bloody letters – as an endless land, called a prison without bars. The land to which the first Poles were exiled as early as 1617 and it was done until Stalinist times. A land where the bones of Polish exiles could be found at every step. Over all these years, over 300,000 Poles have been sent deep into Siberia. Many of them never returned … In 1907-1910, however, Siberia did not arouse such terror – more curiosity. At the time, legends circulated about uncounted wealth and fertile land. For many people suffering from scarcity in the Russian Partition, it was even becoming a promised land. The agrarian reform of Tsarist Stolypin encouraged him to move deep into Siberia. Thanks to her, the displaced people received a discount on rail travel and land.

In Czeremchów, after receiving support, 59 families went along the Ida River to designated plots. After traveling about 100 km, they reached the Trubachevsky School. where they chose a place to live on the edge of the taiga. It is not known why they decided to settle there, so far from the city and the railway route. Perhaps the hilly countryside richly overgrown with trees and the Ida River meandering in the valley reminded them of the hometown they had left. Here, however, they stayed establishing Wierszyna – a Polish colony in distant Siberia.
The new homeland has experienced Poles hard. Although each man received 15 ha of land, this one, in 2/3 of the area was covered with forest, which they had to grub up. Many hosts did not have horses or plows. Within a short summer they did not manage to plant anything. To survive the 8-month Siberian winter, they built dugouts. The next summer they were hit by drought, which made the already bad situation worse. Fighting for survival, they sold their property. They supported each other in the most difficult moments, and when they settled in, they built not only houses, but also mills and smithies. Every day they dealt with crafts.

In the summer of 1912, they built a school, so that from September children could attend their first classes. Education in the three-class system was in Russian, but the teachers were Poles. In Polish, the authorities only allowed to learn religion. Very quickly, as early as 1911, the inhabitants began to feel spiritual needs, which in 1913 resulted in the construction of the temple. A small church of Siberian larch was able to accommodate about 100 people. He was consecrated in 1915. St. patron saint was chosen Stanisław – the bishop of Cracow. The priest came from Irkutsk only twice a year, so every day the inhabitants prayed there alone. On the nearby hill, on the edge of the forest, they also established a cemetery, where they also buried the dead themselves. They went to Irkutsk about weddings. Until World War II, they married only between themselves.
Thanks to persistence and hard work, their lives were getting better. They maintained their cultural separateness by cultivating Polish traditions and using Polish among themselves. Much changed, however, in the late 1920s, when the USSR authorities began to collectivize agriculture and atheize society.

In Wierszyna, the liquidation of the wealthy peasantry was very slow. The Soviet authorities sent agitators to the Siberian villages, whose task was to convince the peasants to collectivize. On those who resisted, burdensome penalties were imposed – taxes were increased, repression was even imposed on them, and even imprisoned. In Wierszyn, “thanks” to poorer hosts, in 1931 the first collective farm “Czerwona Wierszyna” was created. The richer were forced to submit. Each family was left with one cow and 60 ares of farm land for cultivation. In 1934, a second collective farm “Czerwony Sztandar” was organized. The economic situation of the village inhabitants has deteriorated significantly. For the Polish peasant, who had great respect for his land, and for whom the desire to own this land was the main reason for migration, the collective economy was a real disaster …

Together with collectivization, the process of atheisation and Russification began in Wierszyn. In 1933, the residents managed to defend the church against demolition, but it was soon looted and closed. To prevent him from being seen from the road running through the village, a club building was erected in front of him. Although secular rites of baptisms, weddings and funerals were introduced, the children were still baptized, by selected persons, Catholic. Polish national and religious traditions were cultivated at home. The school completely abolished religious education and Polish. However, the largest repression against the inhabitants of Wierszyna came in 1938, when the NKVD imprisoned and then shot 31 people with headshots in the back.

In more and more difficult socialist reality, next generations of Poles have tried to find. Most of them were employed in a collective farm. And although they paid very poorly there, work became a necessity. In fact, it was the only place of employment. In exchange for the effort, employees could borrow agricultural equipment to work the farmyard.

The trials started in the 1930s slowly brought modest fruit to the authorities. Over the years, when the church remained closed and the school taught that God does not exist, Wierszniów gradually lost some traditions. However, they never forgot their native language, which they used at home. Changes came with the collapse of the Soviet Union. In 1989, learning the Polish language returned to school, and after 57 years the church was re-opened. More and more Poles visited Wierszyna, but travels were also in the opposite direction. It happened that the youth from Wierszyn left for Poland – mainly for education. The collapse of the kolkhoz, without which subsequent generations could no longer live, despite many positive changes, also brought huge unemployment. Many residents have lost their only source of income. Lack of perspectives influenced the fact that young people began to go to distant cities for bread. Low prices of agricultural products meant that farming in that area became unprofitable. The elders still appreciate the fact that they regained their independence and their own lands.

Nearly 110 years after the arrival of the first inhabitants in these Siberian regions, Polish is still heard in Wierszyna. To a large extent, the people of Wierszyna retained the awareness of Polish origin and Polish roots. Many of them say “we Poles”. The school not only holds regular Polish lessons, but also tries to revive forgotten traditions. From time to time there are also ceremonial academies, which are often graced by the folk group “Jarząbek”, operating in those areas. A Polish priest has been working permanently in Wierszyn since 2010. Masses, like never before, take place not only on holidays but also every day. And like in many other places in the world where Poles emigrate, this church brings together people who, outside Poland, feel this unique closeness to their homeland.